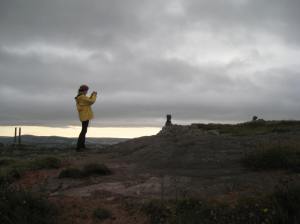 When a book dies before its time, it is devastating. I am not the first, nor will I be the last, author to experience this loss. I am often amazed by how many good books go out of print too soon. One such book was The Timekeeper , by fellow Montrealer Trevor Ferguson. I loved it and wanted to use it in my English course at John Abbott, but when I went to order it sometime in the mid 2000s, I discovered it was not available, much to my and the author’s chagrins. After all, it was only published in 1996.

If You Live Like Me, my young adult novel set in St. John’s, Newfoundland, was published in 2009 by Montreal’s Lobster Press (insert expletive here!). I went in eyes open, knowing that that publisher had a dodgy history with its authors, but eager to work with and even support a local business. A few friends had published with them (Jane Barclay and Anne Renaud) and I knew they made lovely books. I was somewhat aware of how utterly hopeless the owner, Alison Fripp, was at running a business, but when a publisher seeks you out and says send me a book, we want to work with you, it is hard to resist. The book did well; it sold thousands of copies and led to a tour of schools in St. John’s. I did receive my advance, which I later learned put me in a privileged minority at Lobster, but never saw royalty statements or payments. Around 2011 Lobster really started to nosedive. It was completely defunct not long after, taking my book and many others, with it. Sadly, there is now no English publisher of books for young readers in Montreal.

I recently did a paper purge, throwing out many pounds of old papers. For each of my books I had boxes of drafts and this one was no different. I uncovered copy after copy, hand written notes and post-its all over the pages, testaments to the hundreds, probably thousands, of hours that go into writing a long novel. To know that that many hours of work are somewhat wasted, when a book dies too young, is tough to handle. The book had been picking up momentum and had been very well reviewed in the United States where, I discovered, a loyal following of CanLit fans read lots of Canadian material. My books that were published before that one are still in print and selling well, so it really hurt to see If You Live Like Me aborted. Plus, I love the book. It is, in a way, my homage to a marvelous place that had been my home for 2 years.

But what could I do? With the help of the Writers Union of Canada, I got the rights to republish the book back from Fripp and sent it off to Newfoundland. Understandably though, publishers are reluctant to put money into a book that has already had an initial sales run. Then, one day, literally out of the blue, I was approached by a woman I had never met, Lynn Duncan, and she asked if I would be interested in seeing my book republished by Heritage House, as part of its new Wandering Fox series. A few years later, sporting a new design, the book has been rereleased and I couldn’t be happier. It was not the money that was hard to let go (if you want to be rich don’t go into publishing, especially in Canada), it was the story itself. It was as though Cheryl and Jim and Nanny, characters that had become so real to me, had died in real life. I wanted other readers to share their journey with them, to get to know them as I did.

And now they can. So thank you Lynn and Heritage House for liking the book enough to track me down and giving it a new life.

(As their plane descends over the craggy coastline of Newfoundland, Cheryl’s response to her parents’ rising excitement is sullen at best. After moving from place to place for her father’s research on dying cultures, Cheryl has no intention of putting roots down in St. John’s, the fishing community where they will live. In fact, Cheryl is secretly determined to put her bags on bus or boat as soon as she can find the means to get back their home base in Montreal. Soon after her arrival though, Cheryl meets her neighbor Jim, a sweet, nerdy teen who tours her around town with his enormous dog Boss. She reluctantly learns to appreciate her new surroundings through Jim’s eyes, yet continues to battle with her parents over their enthusiasm and motives for moving there. Like rough waves pounding on the stubborn shore, Cheryl’s resolute and prickly mood wears on her parents, and herself. With Jim, Cheryl’s softer side is exposed and romance develops. From his stressful family dynamics, due to the declining fishing economy, Cheryl begins to revise her understanding of commitment and connection. The interplay between exterior and interior, as well as inclusion and exclusion, are deftly described by Lori Weber in this memorable novel about people and place. CCBC categories: Fiction for Young Adults. © Cooperative Children’s Book Center)